A major challenge that every start-up faces is difficulty breaking into a market, particularly when it is a market in which innovation isn’t a familiar concept.

A company that has exceeded in this is Pickles Asia, who with the help of Pickles Ventures has successfully entered the Asian market. Ventures spoke with Joey Caisse, General Manager of Pickles Asia, at their Malaysia office and he shared their secrets to success.

1. Understand the Market and its Nuances

Having successfully run auctions in Australia for many years, Pickles Auctions is one of the most well-known companies in the remarketing industry.  In order to duplicate this in a new market, Pickles Asia had to spend time understanding their customers’ needs and how best they could address them.

Car auctions are not unfamiliar to the Asian market, but what Pickles Asia discovered is that what they proposed to do had never been done before. Auctions have been run in Malaysia for many years, but never before with salvage cars. The introduction of this proved to be integral to the Pickles Asia business model.

Joey discovered that while the Malaysian vendors were open to change, they didn’t necessarily know how they would foster this. He says that “vendors had only used their traditional methods of buying and selling” and as such the process for introducing salvage auctions had to be carefully considered and thoroughly tested.

There are two essential steps in testing a concept in order to start and grow a business. Firstly, trialling each element and measuring it against success criteria, as well as assessing the response of your customers. For Pickles Asia, trialling primarily involved listening to customer feedback. All customer feedback was considered and where appropriate, changes were made to reflect it.

Secondly, feedback can also be obtained through observation.  Early on, the Pickles Asia team identified that the pace of business was different to that of Australia, and they adjusted the business model accordingly so that they could conduct business in a similar manner.

From the early stages of Pickles Asia, it became clear that relationships with vendors were highly valued. As such, the Pickles Asia team took their time to make the right contacts and build lasting relationships on the foundation of Pickles’ and the Malaysian’s shared values: trust, integrity, and “can do” mentality.

Having the Pickles name behind the brand and the backing of its Ventures arm was integral to building trust with the Malaysian vendors.  Joey notes that “the Pickles brand and reputation of transparency, commitment to quality, and excellence resonated with our Malaysian vendors” and as such they were willing to partner with Pickles Asia.

How have each of these steps translated into success for Pickles Asia? Joey says they have made a lot of friends in the industry and have put smiles on many faces. “Pickles solves problems for its customers and this is a perfect example, we will continue to listen to and serve our customers as we strive to maximise the return on every asset put to sale”. 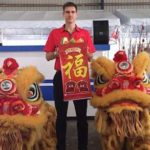 Why Listening to the User Matters in Innovation